Quiche is something that makes me think of my Mom. There’s a predictable chain of events that happens when we walk into a restaurant or a cafe and quiche is listed as one of the specials. First she says “Oh, look Rachel, they have quiche on the menu.” After we’re seated she’ll want me to read what ingredients are in the quiche from the specials board, which will result in a “mmmm….yum….” response from her. She’ll then take the time to read over the entire menu and remark over her options. Then she’ll say something like, “well, I was thinking about getting the chicken salad,” but inevitably when the waiter walks up to the table she’ll say, “I’ll have the quiche, please!” I doubt she ever regrets her decision, I just think it’s funny how she goes about making it.

Maybe my Mom is onto something when it comes to quiche. For many years I would never order it, based on what I believe was a negative quiche experience at a church function as a child. I have since learned that it is very important to make judicious food choices at such functions, and that quiche, when made well, is quite good.

Today’s recipe for Zucchini and Chive Quiche is simple and good. If you take anything away from this post, please remember that it’s important to make your own crust, and it must contain butter. Oh, and remember that using Bisquick is cheating and is full of crap… If a quiche doesn’t have an amazing, flaky, buttery, and browned crust it’s just a confused frittata (I love frittata by the way, but that’s not what we’re going for here, especially not a confused one). To get an amazing crust you’ll want to cut chilled butter into your flour using a fork, or even better, a dough blender. This will keep you from over-mixing your crust and it will put the right amount of air in, maximizing the buttery-flakiness.

Now onto the zucchini. Zucchini quiches are pretty commonplace, but right now I’m completely overwhelmed with zucchini, so that influenced my decision to use it in my quiche. I think I have fed my family some type of summer squash every day this week, so it’s been important to present it with some variety and creativity. I don’t think I’m the only person faced with this problem. Yesterday on Facebook I noticed that one of my friends had posted a picture of herself with 3 zucchinis that had grown in her garden while she was away. Each one had grown to the size of my rather large cat! I have no idea what she’ll do with those behemoths!

In all seriousness though, zucchini quiches are commonplace because they’re delicious. My recipe contains fresh chives which I cut myself at my CSA, making sure each stalk was perfect. And for this dish I splurged on a nice block of cheddar. I used an aged, very sharp Vermont Cheddar, but an English cheddar would also be delightful. Lastly, the first tomatoes are starting to come in, so I laid them on top for a touch of sweetness and acid to tie the dish together. My mom was right… “mmmm… yum!” 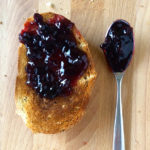 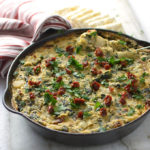 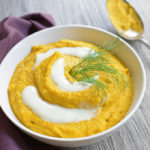 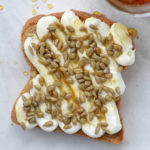 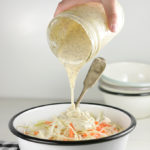 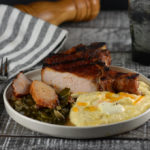 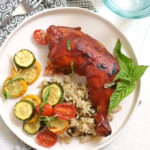 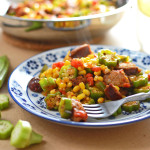