Savory Mushroom and Quinoa Stuffed Mini Pumpkins – Easy to make and deliciously sweet and savory, these adorable little stuffed pumpkins will be the hit of your next fall gathering!

My five-year-old has had what some might argue an unhealthy obsession with pumpkins. We can’t go by the fall display in the supermarket or by the local farm stand without pleas to buy more pumpkins.

He likes them all, too – big ones, small ones, orange ones, white ones, Cinderella’s-carriage-looking ones, you name it… If it’s a pumpkin, he simply MUST have it.

One would think that the pumpkins are secretly filled with candy, or even better, 100 dollar bills! The result has been an “artful,” in the five-year-old sense, arrangement of pumpkins all over my home.

I’ve been a bit pumpkin-obsessed myself, but for completely different reasons. I just want to eat them – pumpkin spice lattes, pumpkin breads and muffins, and even as a featured ingredient in savory dishes.

For many years I assumed that, along with gourds, the adorable mini pumpkins that are widely available every fall were poisonous. Much to my delight, however, I found out a few years ago that they’re edible and actually quite delicious.

When their tops are cut off, the seeds removed, and they’re roasted, they make the perfect little festive bowls for holding sweet or savory delights. This is so easy to do, and these little, magical pumpkin bowls will be the perfect conversation piece at your next fall or Thanksgiving party.

Today’s recipe for Savory Mushroom and Quinoa Stuffed Mini Pumpkins flaunts all that mini pumpkin table drama! The sweetness of the pumpkin paired with a savory, nutty, and healthy quinoa pilaf makes a perfect fall side or vegan entrée.

They look so impressive, yet they’re so easy to make, but shhh! Your dinner guests never have to be any the wiser. Also be careful with any five-year-old guests as they may try to tell you that your mini pumpkin bowls should actually be part of their pumpkin collection!

If you like this recipe, you may also enjoy… 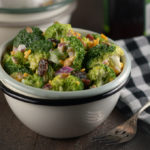 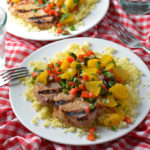 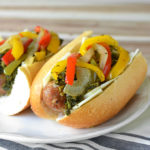 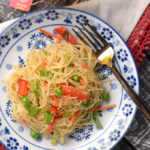 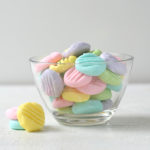 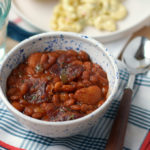 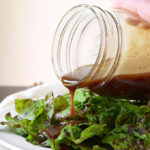 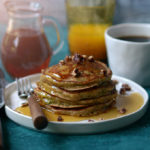 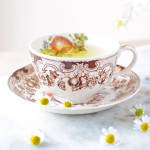 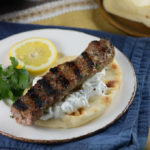